We will continue this week with Feuillard No.32 Variations #12-17, which introduces the essential detaché stroke, sometimes colloquially called a “scrub” stroke. Detaché is perhaps our most important basic stroke, but it is difficult to execute well. Detaché means “detached” but the bow changes are connected in a somewhat legato fashion. So it should not sound “pumped” or disconnected like a staccato stroke. This means keeping the weight in the string constant, but at the same time trying to find a good “ring” in the sound.

It is vital that a student recognizes how to produce a good detaché in different parts of the bow, and with different parts of the arm. This variation works on the detaché in the middle of the bow with the lower arm. I usually ask the student to play it first without the accents, in order to determine whether the stroke is consistent, with a pure, clean, even sound. Then I ask them to play the accents with both bow speed, and then using weight applied by the first finger.

Usually I explain new concepts in one lesson, and then ask the student to practice the variation remembering the new concepts. I usually assign ten or so variations, but we often only get to four or five in the lesson, given the amount of time it takes to play  through and work on each variation. As I mentioned earlier, the students play through each variation completely  because every note on the cello has a different set of properties. So even if some of the notes are sounding good, we need to make sure that ALL of the notes sound good. It is also a good concentration exercise for the students. Of course in this blog I am editing the video to save time and space by cutting part of the playthroughs of each variation. 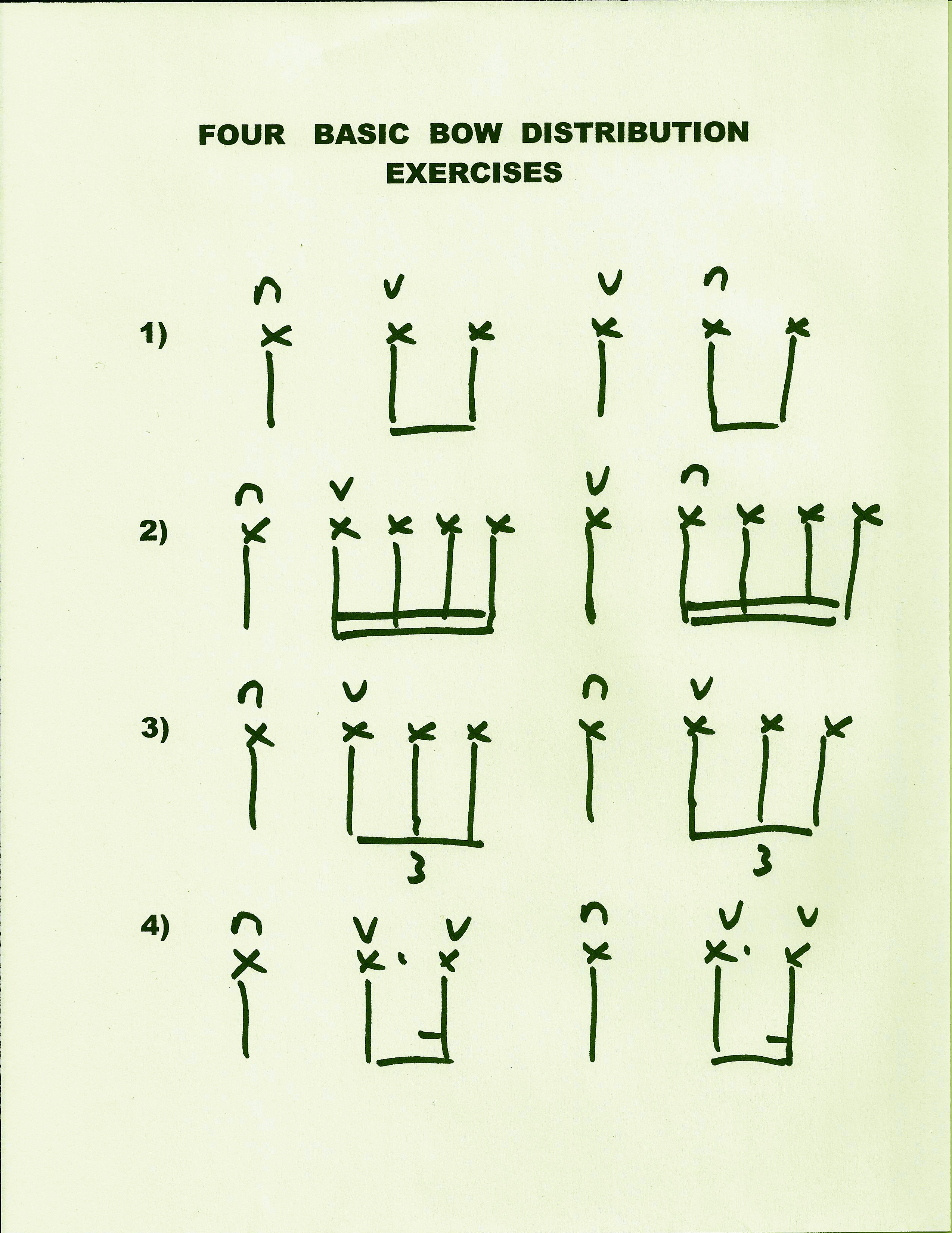 In this video I am working with Caroline on these four exercises, using the G-scale from that week’s lesson. In the segment at the end she played the last exercise in the following lesson, with that week’s A-flat scale. The dotted rhythms are still a “work in progress”, which will be addressed more in the variations in the next blog.

You will have noticed that I mentioned the word “proprioception”, which Caroline knew from our Saturday Pre-College Cello Class. All my own private students participate in this Pre-College class, and I invite any other cellists who are studying regularly with other teachers to join in. There are usually about 15 cellists participating (some come from as far away as Greenville or Myrtle Beach – three hours away), and we have a final concert each semester with solo repertoire and cello choir pieces. I had discussed Proprioception in some of the recent classes and given the students some exercises to help them understand the concept of where in space their arm or hand must be  – without holding the cello or the bow. In other words, they should understand what third-extended position feels like without the cello, or where their hand should be when they are at the tip on the A-string, or how the wrist looks and feels when they are at the frog on the C-string.

I like to think of these variations as little “gems” – each one needs to be burnished and polished so it shines. In order to do that one has to understand all the technical issues involved, and then solve them.

This variation presents another contact point “puzzle” with three different strokes (detaché, staccato and full bow). The c.p. should be higher for the quarter note (fast bow speed going all the way to the tip). Some editions of the Feuillard are missing dots on some of the eighth notes (see above).

By the way, you may have noticed that Caroline plays all these variations from memory. While I don’t specifically ask the students to consciously “memorize” the theme they usually can play it from memory anyway after a few lessons, and I encourage them to do so. By playing it from memory they can focus more on the bow and all the specific problems in each variation.

These three variations have similar issues to the previous ones. One of the problems with #15 is that people tend to put an accent on the eighth note. The pulse should be on the first note of each group, and the eighth note should have a nice “float” even though it is short and staccato.

Variation #16 has a similar problem to #11. The two quarter notes need to have a lower contact point in order to get a full sound. The shorter notes require a faster bow speed and therefore they need a slightly higher contact point. The goal is to get the same sound at the frog and at the tip for those shorter notes (and not to accent the eighth note, as in the previous variation).

Variation #17 is again to be played in the middle of the bow, with the lower arm. The eighth notes need to have a nice “float” sound and not be played too short.

Next week’s blog will work with several variations that deal with dotted rhythms, building on the dotted rhythms that we had seen in Variation #8.