The theme of Feuillard No. 32 was all in first position. With this week’s blog we will start looking at the next page, Feuillard No. 33, which has a scalar theme that goes up to fourth position. As a result of the shorter string length in the higher positions, there are some new playing issues that involve the contact point. The rule that was mentioned in an earlier blog is: “the shorter the string length, the lower the contact point”. And since the contact point is lower (closer to the bridge), we must also adjust the weight accordingly (“the closer to the bridge, the more weight”).

This page is a good example of how Feuillard presents the bowing material in a logically organized sequence, while adding some new variables to the mix. The variations on this page deal with some of the same bowing issues as No. 32, including detaché strokes, staccato, and bow distribution, but the coordination issues are somewhat more complicated.

The videos in today’s blog, and the subsequent blogs dealing with No. 33, all feature my student Iestyn, who has studied with me for a year. He went through the variations of No. 32, and understands those basic bow concepts.

When first playing the theme I want the students to focus on their intonation before they start thinking about the various bowing variations. Notice that Iestyn knows to check first position before starting (without my telling him to do it), so that the left hand position is set. He also remembered the concept of Expressive Intonation. These are two of the basic ideas about intonation that need to be internalized by this point.

An additional problem involving intonation is what I call “bow intonation”. This occurs when the bow is in the wrong contact point (probably too close to the finger board) and when there is more weight than required. The weight of the bow actually  pushes down on the string and bends it, making the pitch go higher. When this happens people think that their left hand is in the wrong place, but it is actually the bow that is causing the string to shorten and the pitch to change.

This variation should be played staccato, like some of the previous variations in No. 32. By this point the student should know all of the issues involved in playing staccato (i.e. which finger is important, what kind of contact point is needed, which part of the arm is used, etc).

This variation is rather complicated, dealing with lots of issues: bow distribution, using full bow, playing staccato at the frog and tip, making the sound and articulation match at both ends of the bow, contact point problems, left/right motion, keeping a steady tempo, and coordinating vibrato. We had similar bow distribution problems in No. 32 (eg #4, #7, #13), but this is much more complicated because every note has a different set of properties, and the cellist has to be able to predict what is necessary for a good sound on every note. This is a another good example of how well Feuillard has organized all this material. The basic bow distribution concept was presented three times before this point. In between, the student would have time to absorb the concept before it is approached again in a slightly more difficult variation.

We are also at the point in the student’s development that we need to “turn the screws” a little bit, and raise the expectations. This variation is a good one with which to do that. You will notice that I spent a good bit of time trying to help Iestyn listen better to what he was doing, and helping him recognize what he needs to do to play even better. You will also notice his frustrations in doing so. The feeling of frustration is something that teachers need to address occasionally. We all feel frustrated at times – but we need to figure out how to deal with the frustration by talking about it and recognizing that we are not alone in this. We also have to be sensitive to know when a student is beginning to feel frustrated.

At the same time is up to the teacher to set high standards for our students. They will come up to those standards if we set them clearly, and if they are within reach for the student. It is our responsibility to set those standards and expectations in a healthy way – and to explain to the student why this is necessary.

Since he didn’t quite get all the technical issues, here, I asked Iestyn to repeat the variation in the next lesson – which you will see at the end of the video, after he practiced this variation for another week.

Recently I came across a video that I had made in 1990 with my then-student Adrienne Woods. Adrienne studied with me through high school and then through college at USC. She has since gone on to have a fantastic career in Hollywood and L.A. doing studio work, television shows, and touring with artists such as John Legend, Ariana Grande, and Adele. Here she is in a lesson going through Feuillard No. 33 when she was 12 years old:

As teachers we plant seeds. We water them, and tend to them, but we don’t know how the plants will grow. We work with our students providing knowledge, helping them fight frustration, giving them the tools they need, showing them how to practice, setting standards, sometimes mentoring them and sometimes comforting them –  and then we release them to the world. One of the joys of teaching is watching where the students’ journeys will take them. 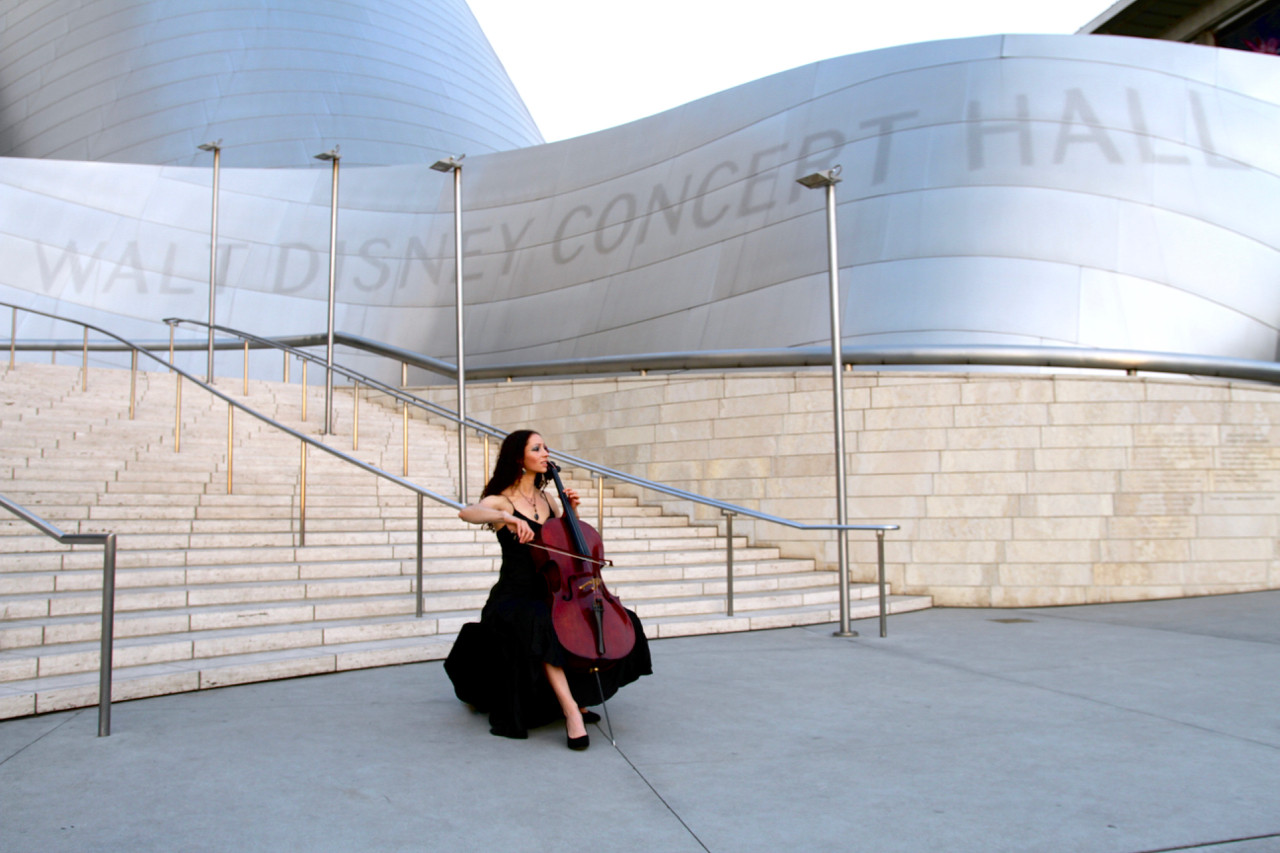 Next Monday’s blog will continue variations that deal with legato playing and bow distribution.